Tab Unloading is a feature that automatically unloads tabs to prevent Firefox from crashing due to insufficient memory when the system’s available memory is low.

There are two modes to prioritize tabs.

When there are more tabs opened, in most cases when there are more than eleven tabs, Firefox does extra calculations identifying processes hosting tabs and estimates memory usage of each tab, and then unloads tabs with larger memory and more processes that will be terminated by tab unloading.

You may disable the feature by setting the preference browser.tabs.unloadOnLowMemory to false.

The about:unloads page shows how Firefox prioritizes tabs and which tab will be unloaded when the tab unloader is triggered. You can trigger tab unloading manually by clicking the Unload button in the page.

The page contains a table where existing tabs are displayed in the same order used by Firefox to choose the next tab to unload. When you click the button, a tab shown in the first row, which has the lowest value in the Priority, is unloaded. If the value of Priority is a hyphen (-), the corresponding tab is not unloadable.

In the first of the two modes mentioned above, Firefox calculates Last Accessed and Base Weight for each tab and orders tabs by those values, not calculating the other attributes such as Secondary Weight to save CPU power. Below is an example of this case. 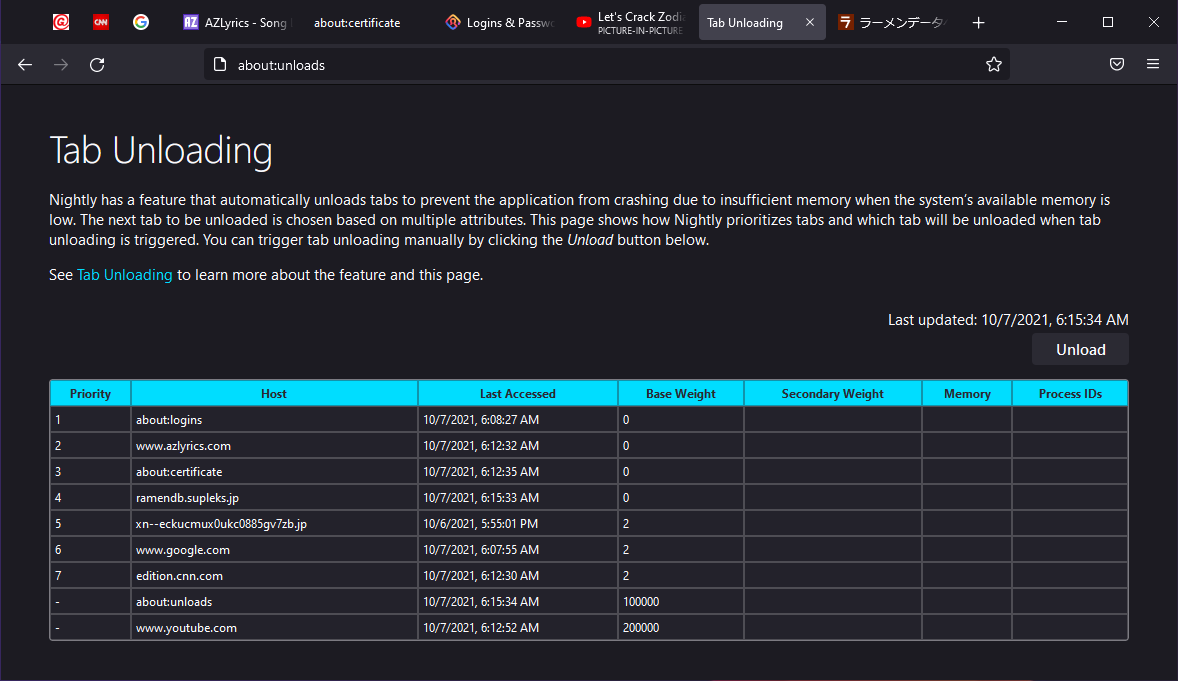 In the second mode, Firefox identifies processes hosting each tab and shows their process IDs in the Process IDs column. Process IDs are displayed in bold when they are hosting the tab’s top frame, and in italic when the process is shared between different tabs. 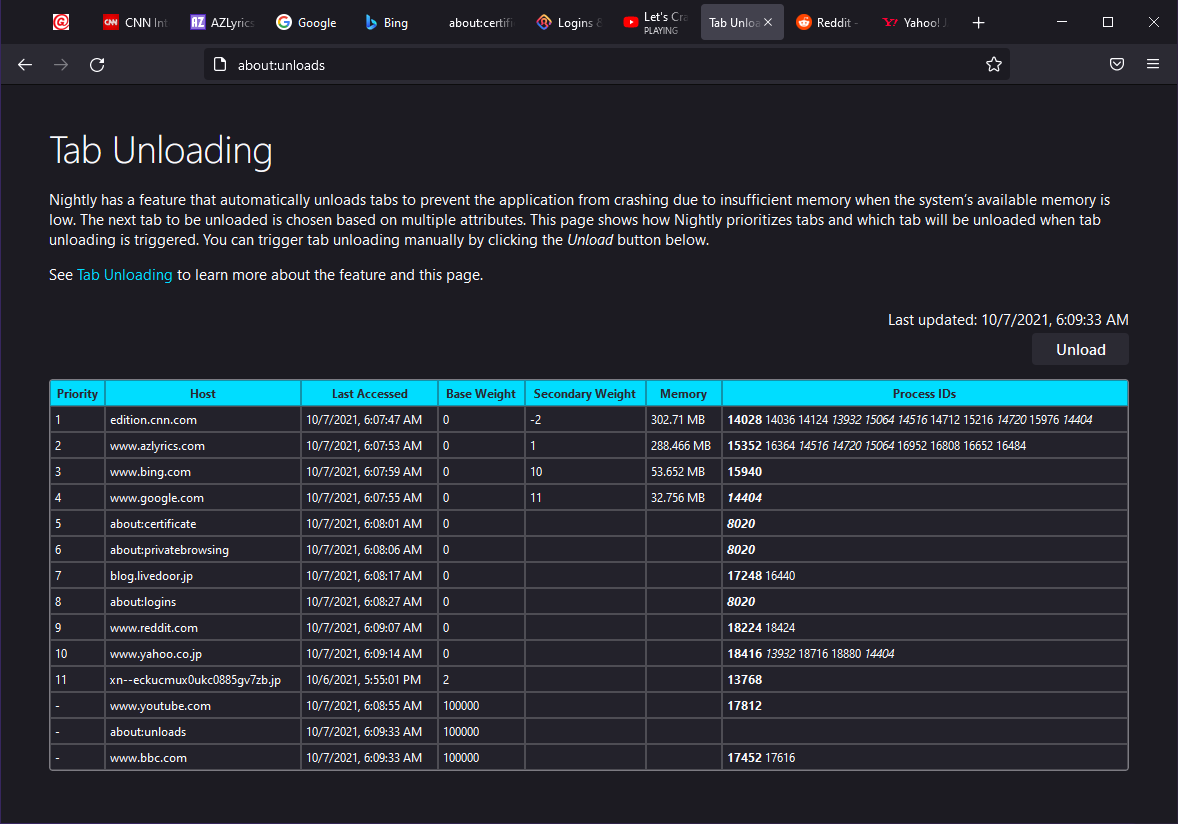