Using the Mozilla source server is now even more feature-packed. The nightly debug builds are now also Source Indexed so that by following a couple of simple steps you can also have the source code served to you for debugging without a local build.

Follow the instructions for Using the Mozilla symbol server. Once the symbol path is set you must now enable Source Server.

Using the source server in WinDbg¶ 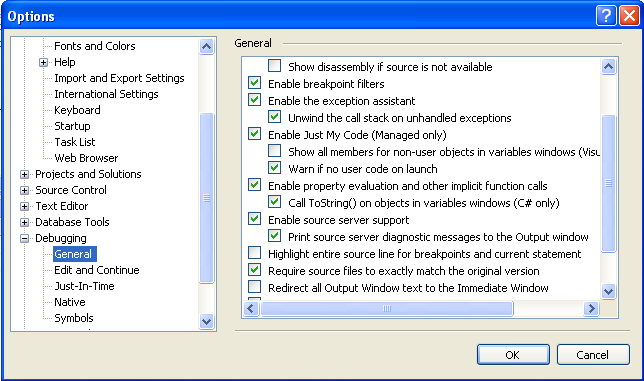