Minidumps are files created by various Windows tools which record the complete state of a program as it’s running, or as it was at the moment of a crash. Small minidumps are created by the Breakpad crash reporting tool, but sometimes that’s not sufficient to diagnose a problem. For example, if the application is hanging (not responding to input, but hasn’t crashed) then Breakpad is not triggered, and it can be difficult to determine where the problem lies. Sometimes a more complete form of minidump is needed to see additional details about a crash, in which case manual capture of a minidump is desired.

This page describes how to capture these minidumps on Windows, to permit better debugging.

Warning! Unlike the minidumps submitted by Breakpad, these minidumps contain the complete contents of program memory. They are therefore much more likely to contain private information, if there is any in the browser. For this reason, you may prefer to generate minidumps against a clean profile where possible.

To capture a full minidump for an application crash, you can use a tool called Debugging Tools for Windows, which is provided by Microsoft for free. 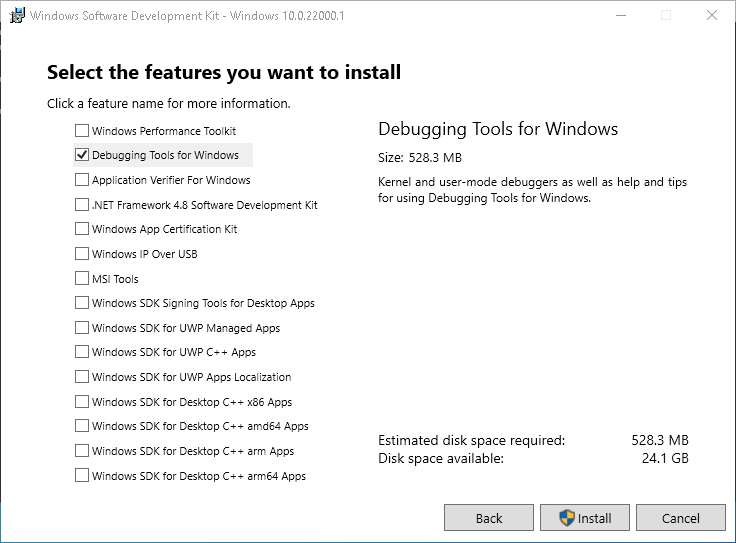 Capture a minidump in a graphical way¶

Capture a minidump from the command line¶

If Firefox is not already running, open the Command Prompt and run the following command. This command launches all Firefox processes under a debugger. This technique is useful when you have a startup crash or when you’re not sure about which process will crash.

To find out where firefox.exe is, please see How to find the location of firefox.exe.

For example, if both the debugging tools and Firefox are installed in the default folder and you want to capture a minidump of 64-bit Firefox, the command will be like this. Please note that you need to add double quotes when a path contains one or more whitespaces.

When the process crashes, the debugger tool captures it and waits for your command. At this point, you should type .dump /ma c:\temp\firefoxcrash.dmp – don’t forget the dot at the beginning. Once it completes, which can take a fair while, you will have a very large file at c:\temp\firefoxcrash.dmp that can be used to help debug your problem. File size will depend on this size of Firefox running in your environment, which could several GB.

After a minidump is generated, type q and press Enter to quit the debugger.

On Windows Vista and Windows 7, you can follow these instructions to capture a dump file and locate it after it’s been saved.

Identify a process to attach a debugger to¶

When you’re running Firefox, even if you have only a single tab, you may have noticed a bunch of firefox.exe instances in Task Manager. This means Firefox consists of multiple processes. Since an application crash happens per process and a minidump is generated per process, you need to identify which process will crash before starting a debugger.

Each instance of firefox.exe has a type. To identify a process to attach a debugger to, you need to know its process type first.

When a crash happens, if all Firefox windows are suddenly gone and Mozilla Crash Reporter window is opend, a process that crashed is the main process. 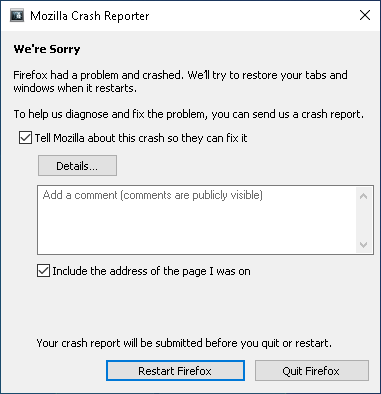 When a crash happens, if you see the following page, a process that crashed is a tab (content) process. 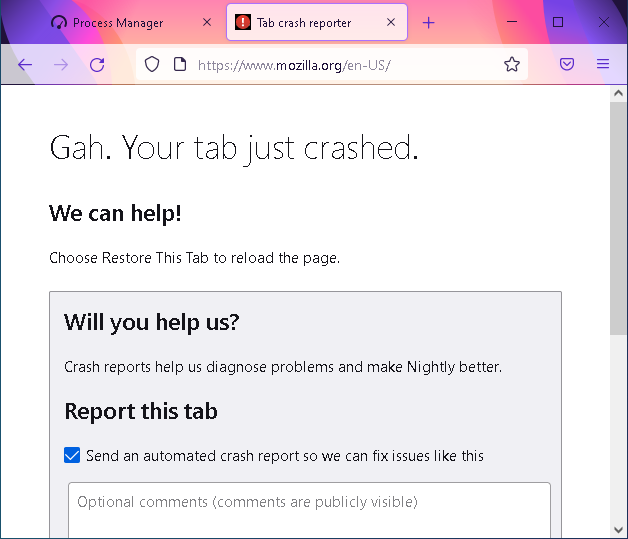 There are more process types, but there isn’t an easy way to detect a crash in a process of those types because the symptom varies. If you cannot be sure about the type of a crashing process, terminate Firefox and launch a new instance of Firefox under a debugger in the way described above.

If a GMP (= Gecko Media Plugin) process crashes, you will see an information bar will be displayed below the address bar.

If an RDD (= Remote Data Decoder) process crashes, Firefox may stop playing a video as below, but not limited to this symptom. 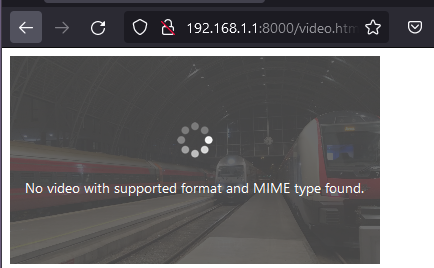 Once you understand what type of process crashes, the next step is to get a process ID (PID), which is a value to specify in the debugger command we discussed above. We present two ways to get a PID here.

The first way is to use Firefox itself. Open a new tab and go to the about:processes page. This page shows the list of all processes and their PIDs. In the example below, the PID of the main process is 6308 and the PID of the tab process hosting a page of mozilla.org is 6748. 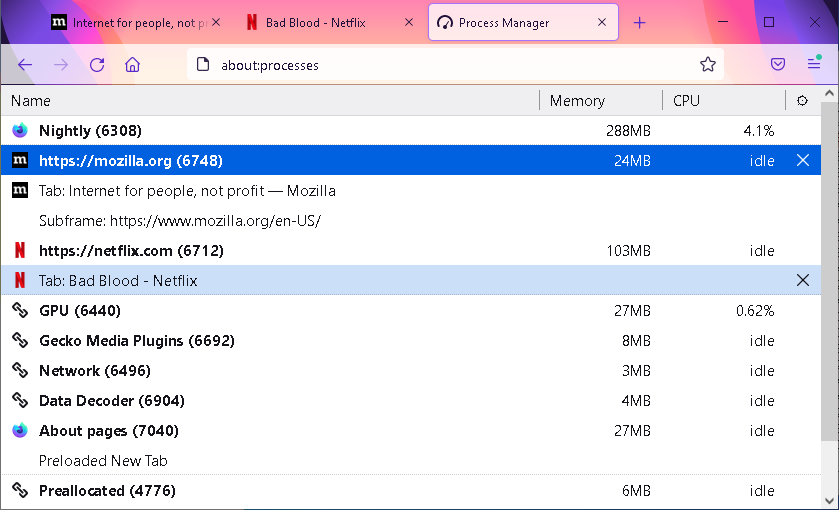 The second way is to use Process Explorer, which is provided by Microsoft for free. You may need this technique to attach a debugger to a hung process or when you cannot open a new tab in the existing Firefox for some reason. 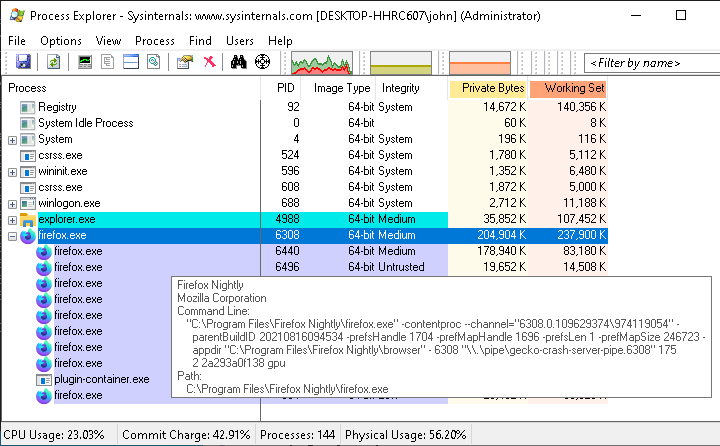 How to find the location of firefox.exe¶

If you’re not sure about the location of the executable file (firefox.exe) of Firefox you run, you can find it in the about:support page. In the “Application Basics” section, the path to firefox.exe is displayed in the row of “Application Binary”. 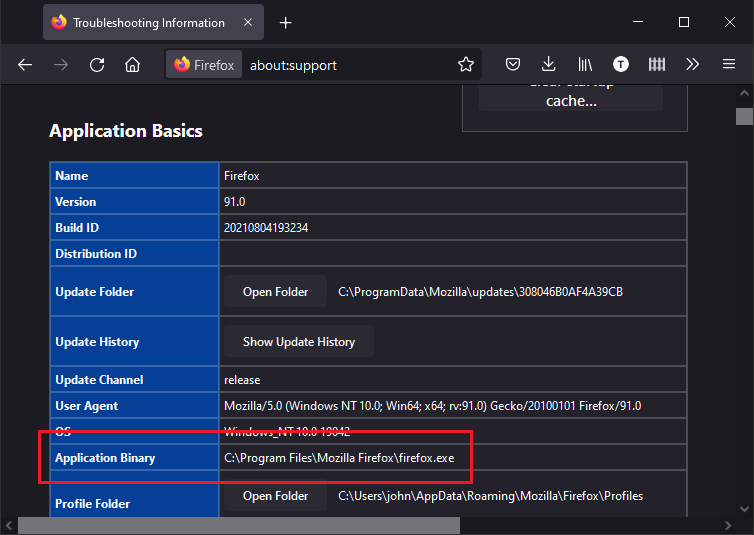