The default engine may change when:

Add-ons and Prompting for Default¶

The prompt for selecting a search engine from an add-on as default is shown to the user on installation of the add-on. It may also be shown if an add-on is re-enabled, if the default engine was not changed in the meantime.

The following diagram shows the full flow for search engines from add-ons: 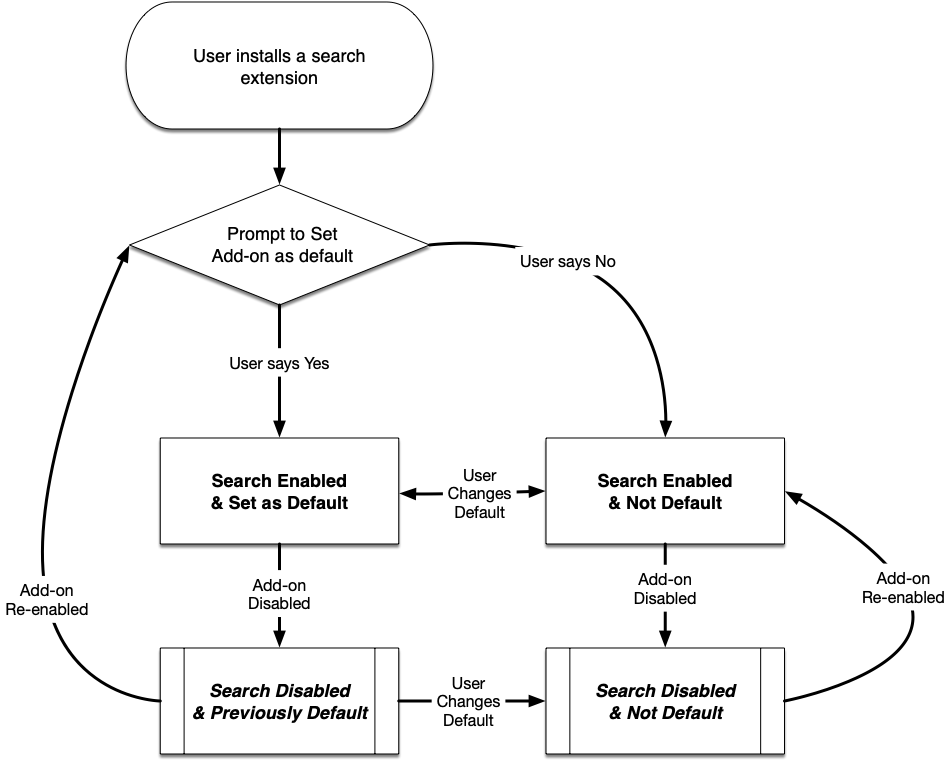 When the Default Engine is Removed¶

An add-on may set the name of the search provider in the manifest.json to be the name of an app-provided engine. In this case:

If the specified engine is already default, then the add-on does not override the app-provided engine, and it’s settings are ignored and no new engine is added.

The list of authorised add-ons is stored in remote settings in the search-default-override-allowlist bucket. The list includes records containing:

When an authorised add-on overrides the default, we record the add-on’s id with the app-provided engine in the overriddenBy field. This is used when the engine is loaded on startup to known that it should load the parameters from that add-on.

The overriddenBy annotation may be removed when: